My biggest draw card for Bolivia is the 12,000km2 Salar de Uyuni. Arriving in Uyuni and going straight back to bed wasn’t quite how I’d imagined this particular adventure starting, however there was precious little else I was capable of doing. It was a pity because I missed Katie’s birthday drinks which involved drinking from handmade pottery mugs in the shape of genitalia. As you do when sitting in a tiny town on the edge of the world while it’s perhaps just below freezing outside and the winds have nothing to stop them blasting you with desert sand.

The next three days took us across the Salar and past almost-frozen lakes full of flamingoes, ancient cacti on remote islands, into the desert with volcanoes and through otherworldly landscapes shaped by wind and sand erosion. Packed tight into a couple of 4WDs and hooning across the sand tracks we found out our driver, Miguel, has three sons, plays the drums and has the same birthday as myself. I have significantly more teeth than he does.

Our accommodations went from basic to v e r y basic. If it hadn’t been so cold it would have been nice to spend a little time outside watching the twilight overtake the flat plain. I lasted about three minutes before fleeing inside for hot tea. At least on the first night the bathroom was an ensuite to our six bed dorm…the next night it was at the other end of the coldest hallway known to mankind. It’s hard to fathom how cold it was without a thermometer but I know I was wearing six layers of clothing on top, four layers on the bottom, two pairs of socks, scarf, beanie and gloves while I was hunkered down inside a feather sleeping bag, under three woolen blankets…and I was STILL COLD – enough to make my feet ache. I cursed my love of tea for making me get up for the toilet four times that night.

Out on the salt flat the landscape is, for one thing, definitely bright. You are blinded without sunglasses, the shining reflection enough to blur the lines and ridges coaxed into place by evaporated water.

For something completely different we visited the train graveyard on the way out of town, trying our best to test the limits of tetanus boosters, we climbed over rusted hulks and clowned around on old tracks, axels and swings built into the wreckage – of course.

We checked out the processing “plant” and bought little bags of iodized table salt. Raw material is scooped into pyramids out on the flats, left to dry as best it can, heated over wood fire, mixed with iodine, shoveled into a corner where a man sits scooping little bags into the mound of salt, filling them then sealing them over an open flame. They sell the quarter kilo bags for a Boliviano each, surely the effort makes them worth much more.

Continuing on we headed onto the immensely bright and big salt flats, stopping by the pyramids of salt and tsking at mindless tourists stomping on the top of the piles for photos. If I had spent the better part of a day shoveling that into a mound to dry before going to processing I’d be inclined to take my shovel to the back of their heads. It was a holiday so no one was working and all mindless tourist lives were spared. Pity.

We stopped at an island populated by giant cactus living for hundreds of years, the oldest recently died, giving up after more than 1200 years. The new title bearer is around 900+ years old and from certain angles looks like a veery excited man praying to the heavens for the Viagra to wear off. The island is in the middle of the salt lake, all remains of an inland sea, many many moons ago. The brilliant white stretches into the far distance in all directions and the picnic tables are made from blocks of salt. It’s the best spot for perspective-less photos, so I got crushed by a giant Ivy.

Back in the 4WDs and desert bound we tore across the salt, seemingly racing the other cars to the various incarnations of salt hotels set up for the tourist trade. Blocks of salt serve as bricks for walls, solid table tops and bed bases, slapped together with dark grey mortar. The flat expanse spread before us from on top of our slight hill and the stars came out in their millions. The quiet was eerie between the gusts of wind with nothing to stop them as they race for the mountains.

The desert threw up contrasts all along the way as we drove in convoys across the ochre gravel, icy pools and smaller salt flats. Short bushes, occasional herds of vicuñas and llamas, contorted rock formations carved by sand and wind, landscapes like I imagine on Mars and snow capped mountains kept appearing like an all day sideshow.

Flamingos nest on the frozen lakes, poking holes in the thin ice with their feet end beaks. Their dusty, light pink feathers with black trim contrast with the traditional bright pink birds we expect. They also can’t read picture signs – the “no flying flamingos” sign was blatantly ignored. It’s a spectacular sight to see flamingos in an icy desert lake, just as contrasting as the penguins in equatorial Galapagos Islands.

Lago Colorada is a surprise, algae creates bright hues from aggressive salmon to apple red in the water, none of which phases the llamas grazing by the shoreline.

A little further on and we reached our very basic accommodation, freezing our proverbials off overnight and a little more so during the 5am wake up call. Heading out into the darkness it was a comfort to have the full bright moon casting a gentle glow over the landscape, pierced ever so occasionally by headlights from other cars.

The 5am wake up was due to the fact the usual border crossing to San Pedro de Atacama in Chile was closed by snow. So we backtracked north to Ollague to cross into Chile and then back south to San Pedro de Atacama. All told we missed out on the thermal springs and Lago Verde and took 11 hours to reach our final destination instead of the usual two. Yeah, real fun.

San Pedro de Atacama is a tiny brown town, all buildings rendered in clay brown mud brick. Dusty dirt roads are lined with numerous souvenir shops, great restaurants, obligatory free-range dogs and plenty of tourists. Here we met our new guide, Marcelo from Argentina. Poor guy had to break the news to us that the border crossing to Salta was also closed so we had to miss out and take a 24-hour bus trip to Santiago. I think they call it hazing don’t they…nothing like an initiation test like that to have his work cut out for him! 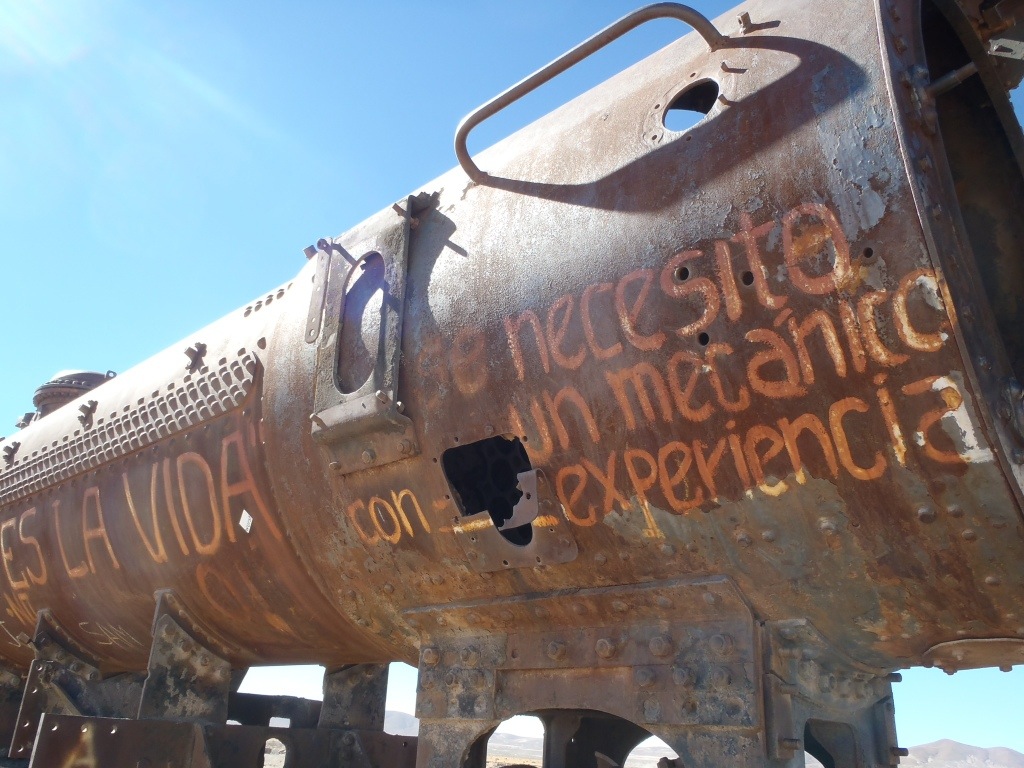 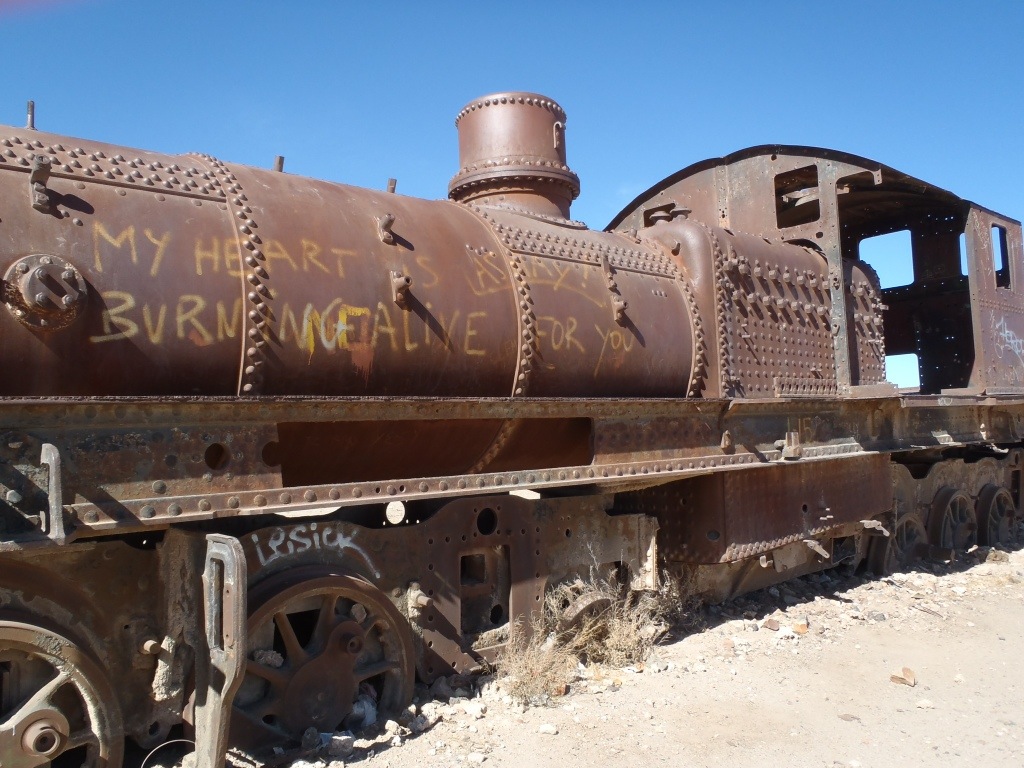 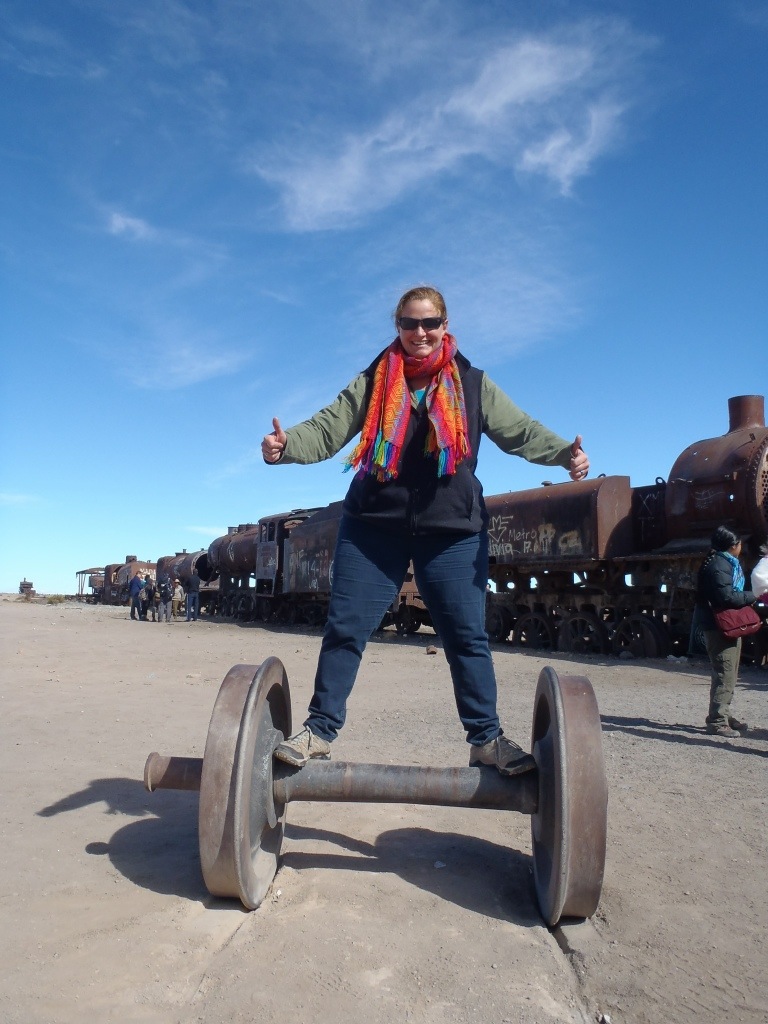 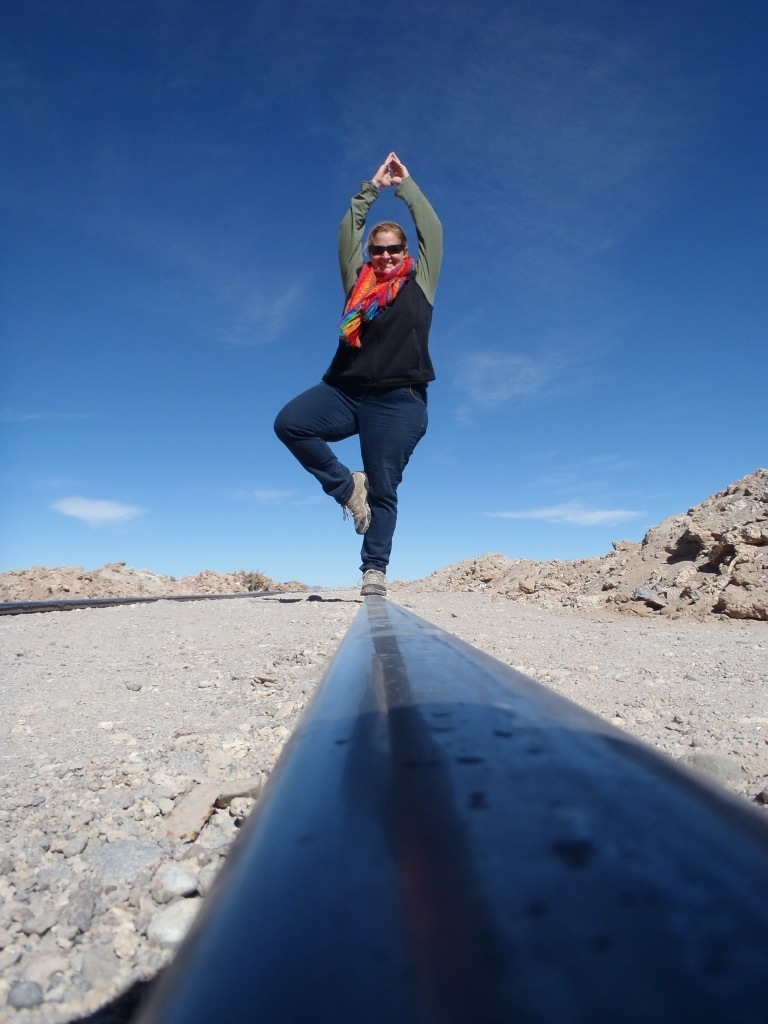 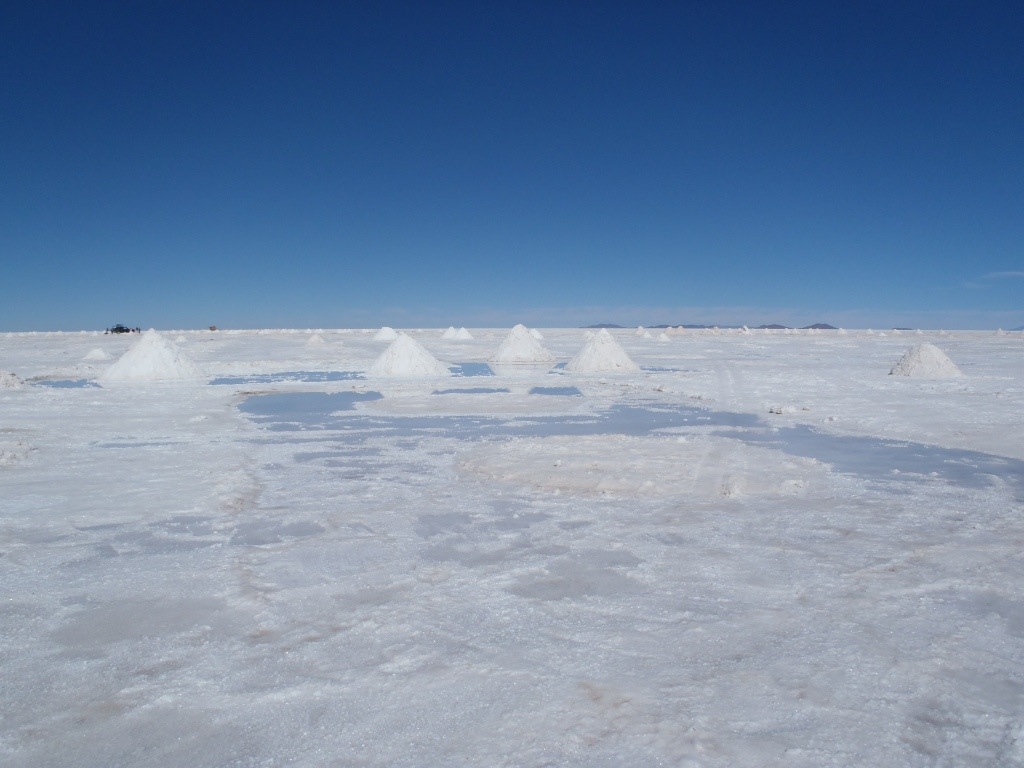 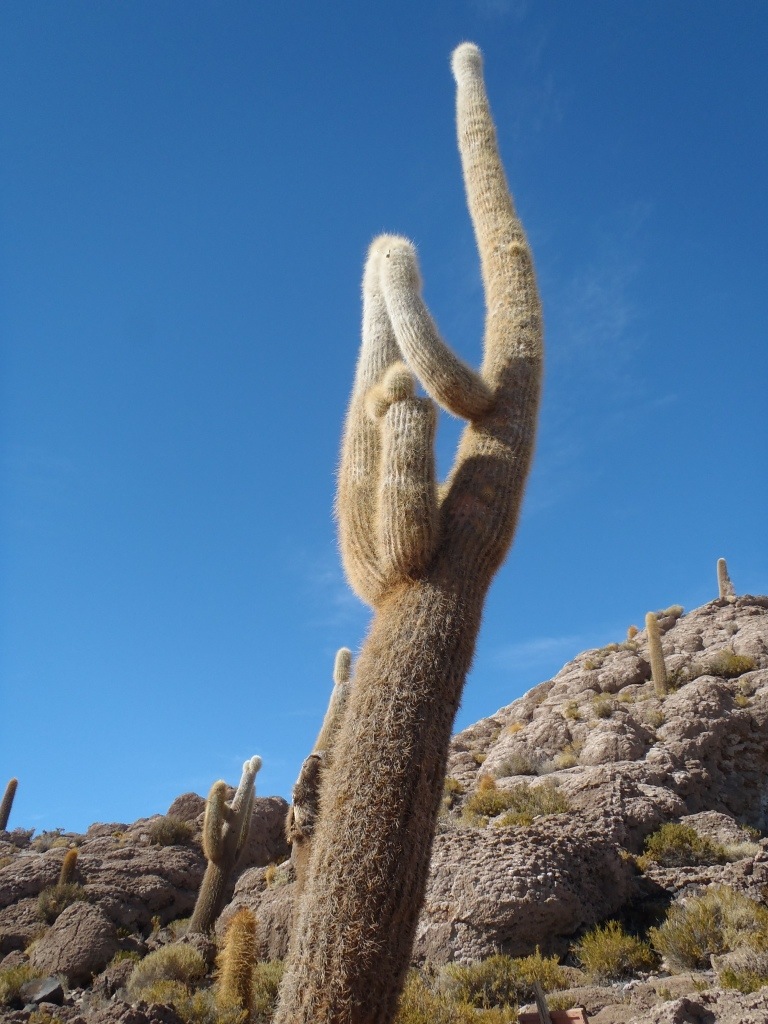 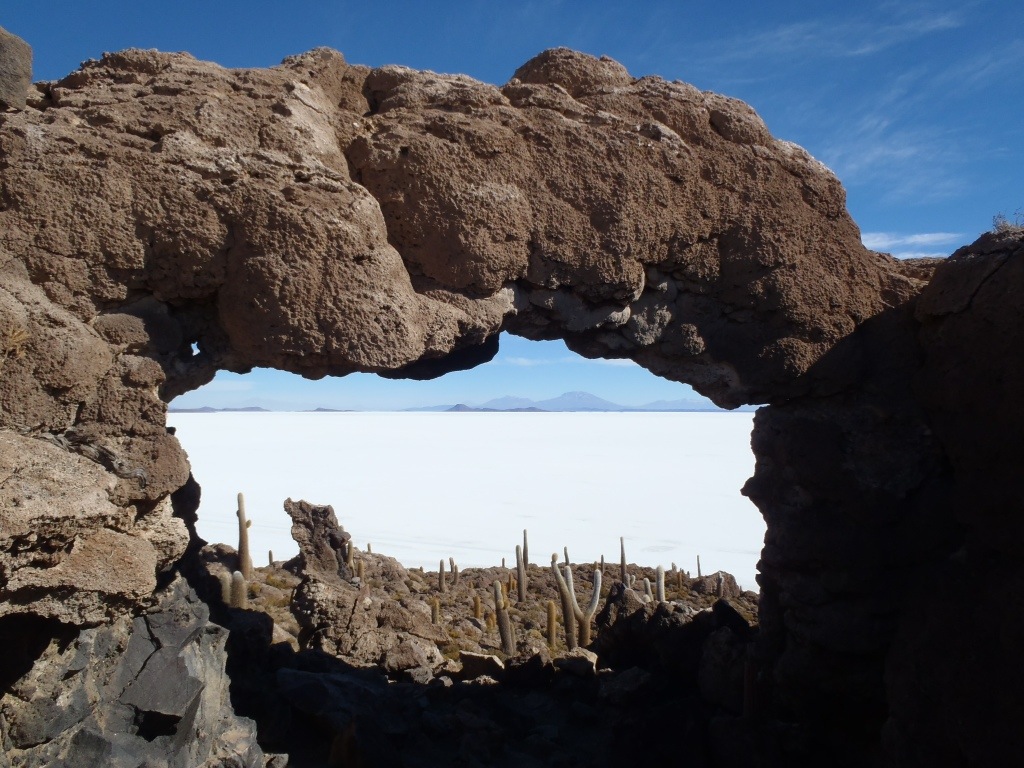 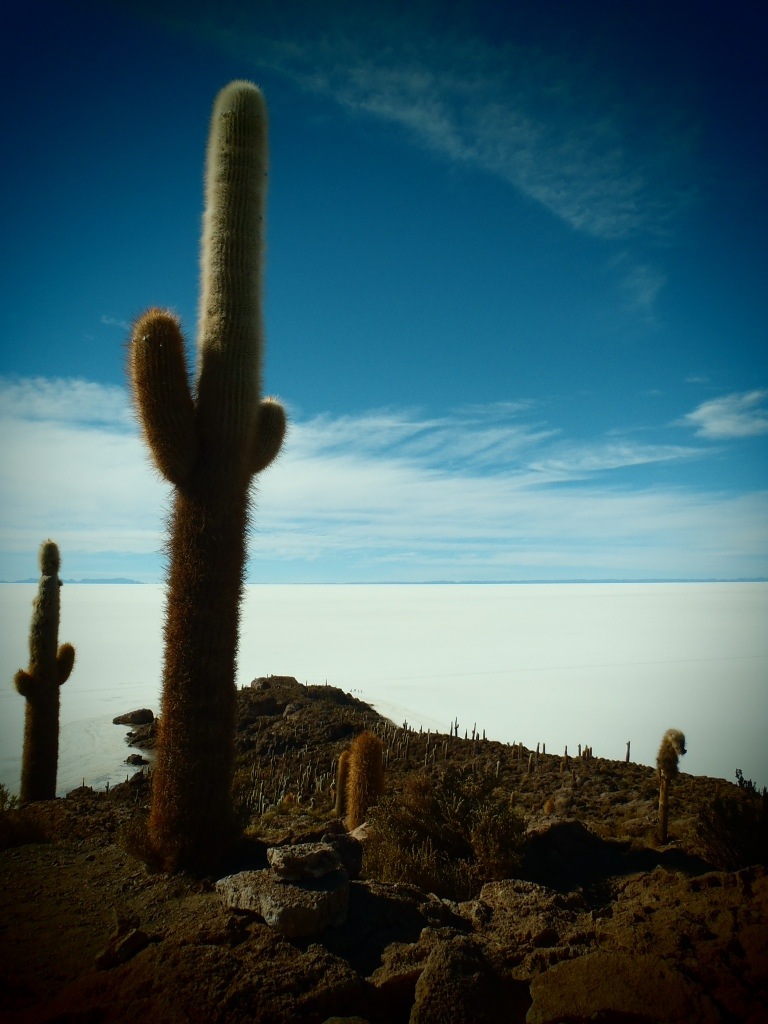 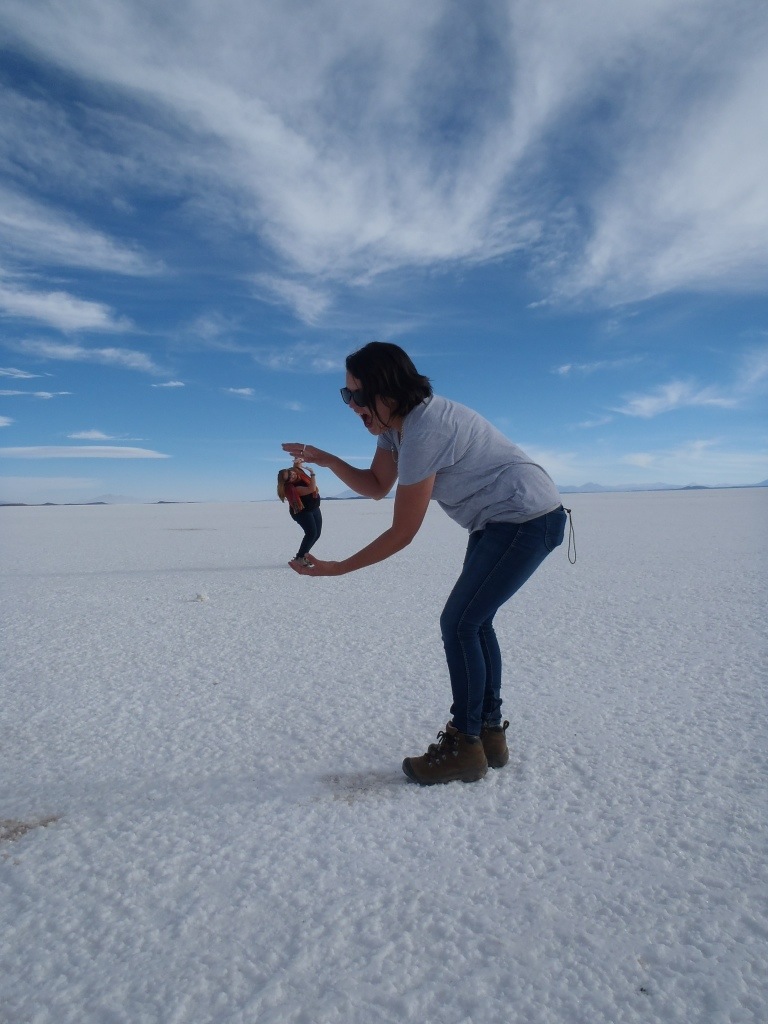 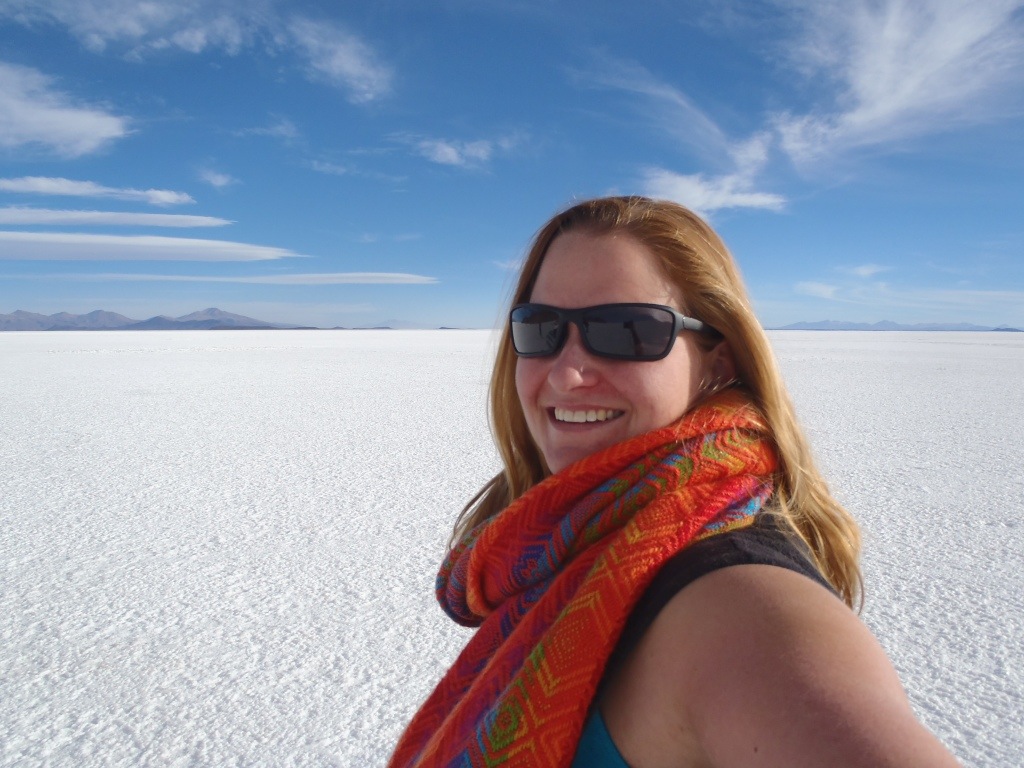 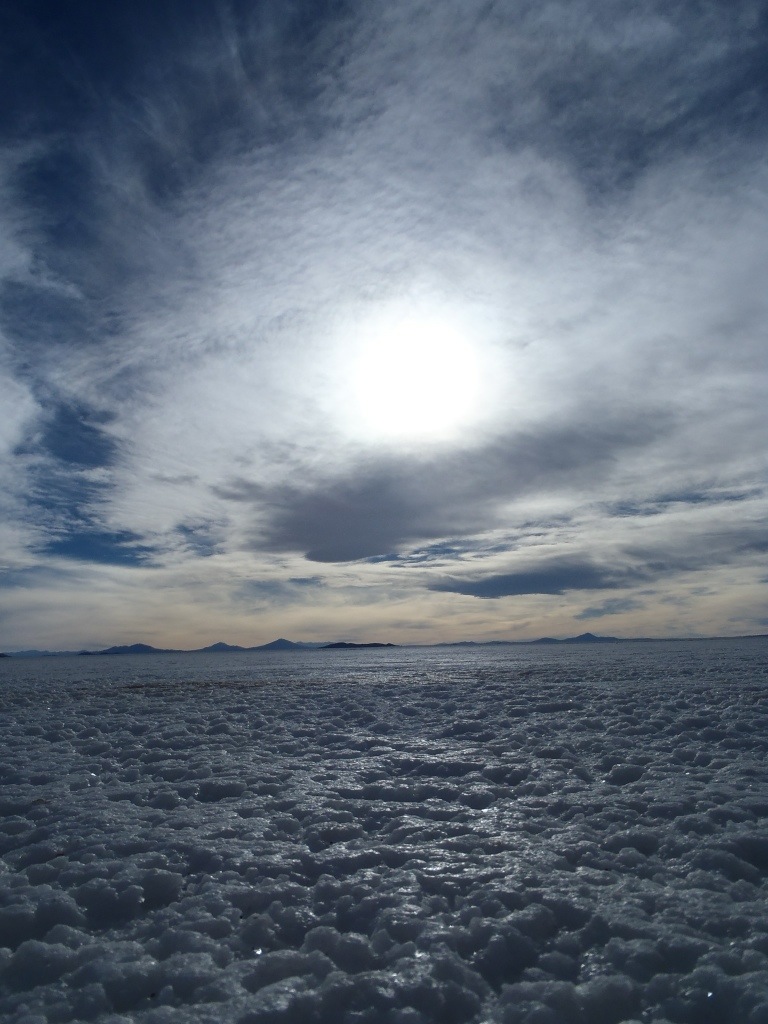 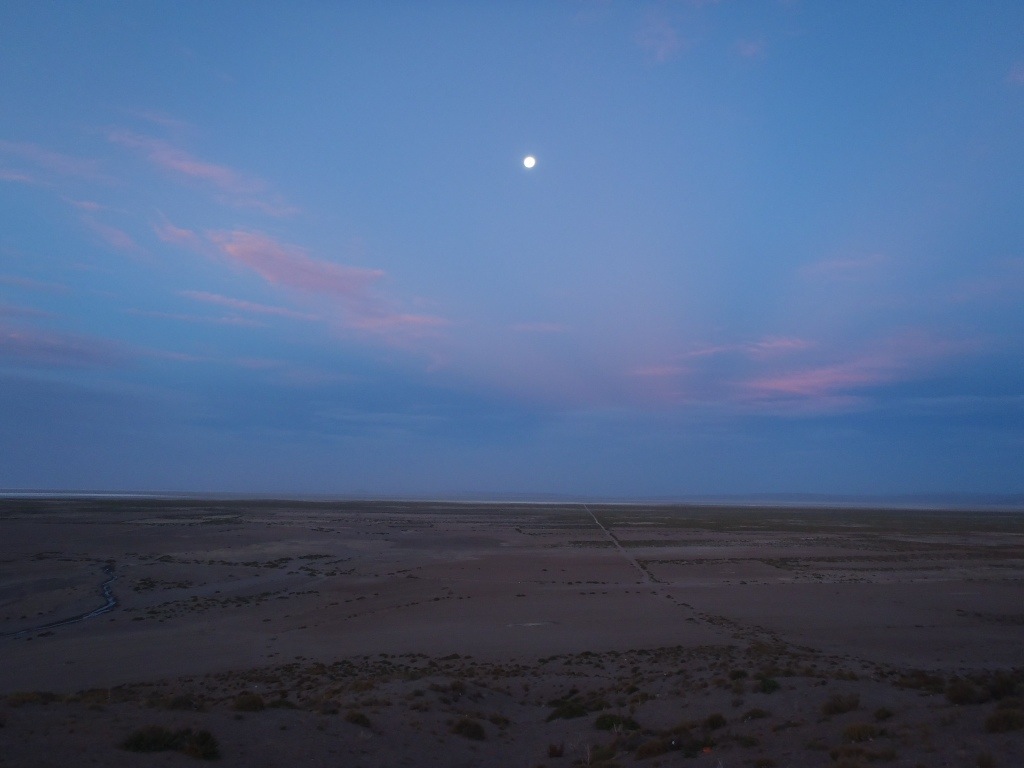 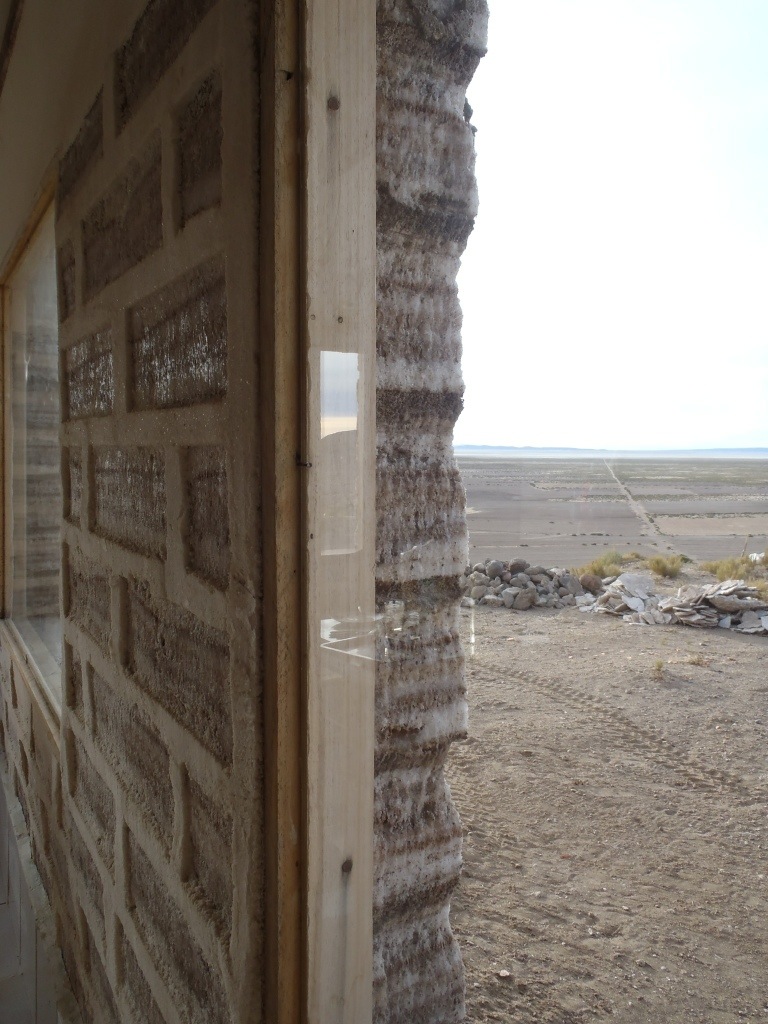 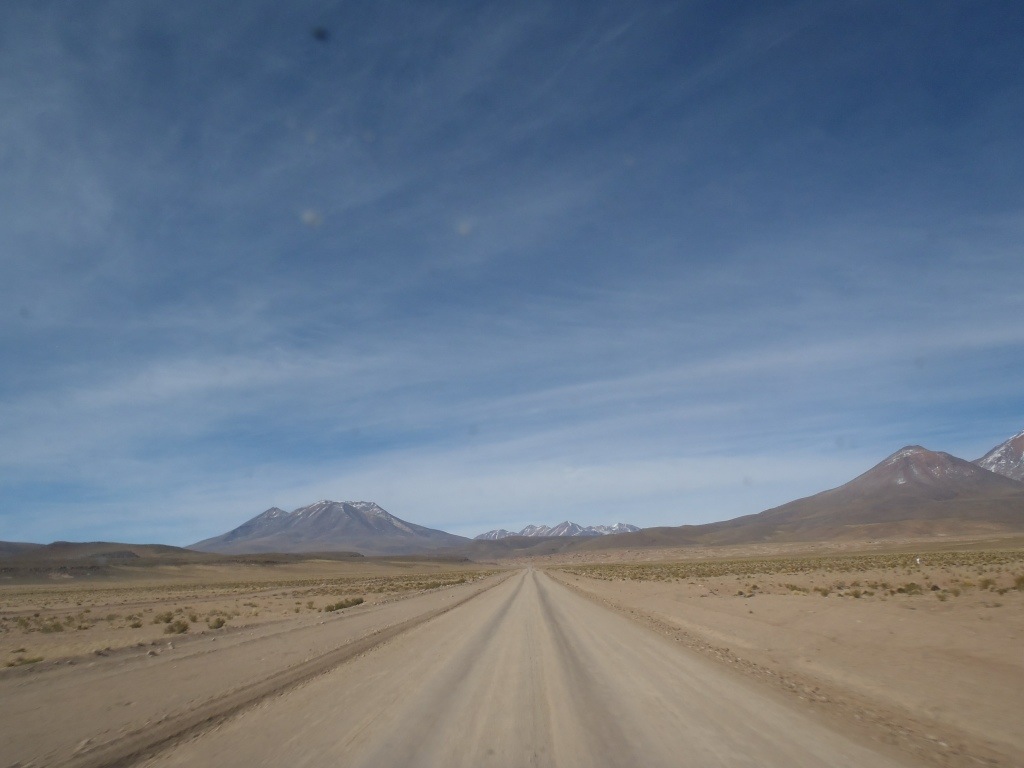 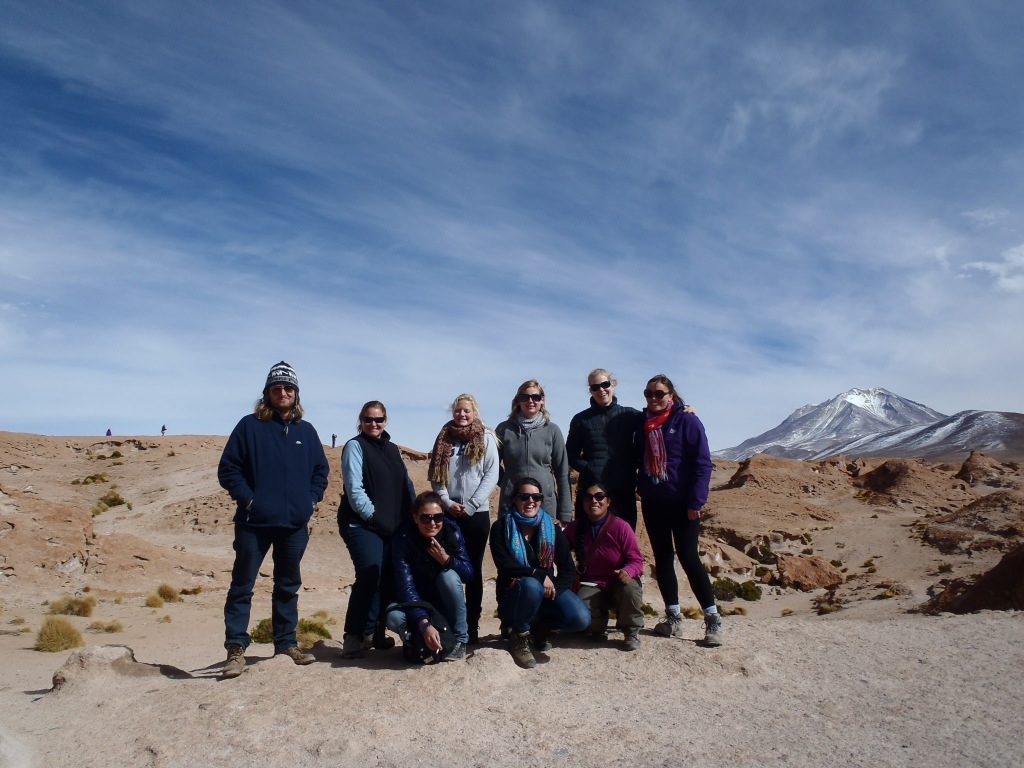 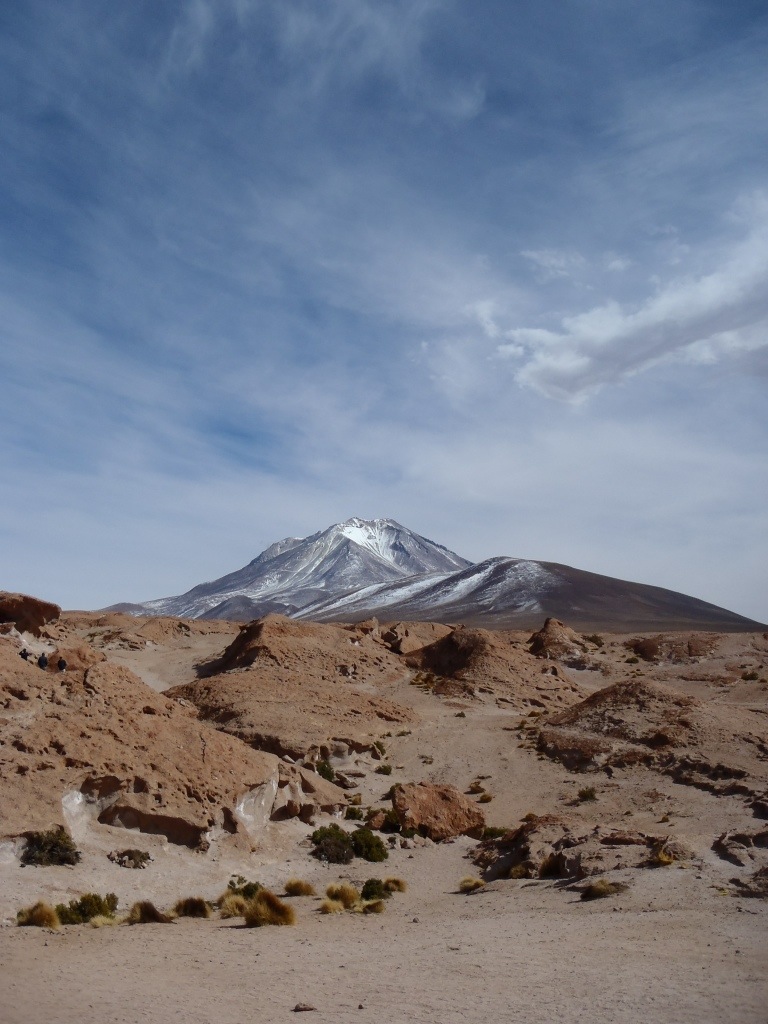 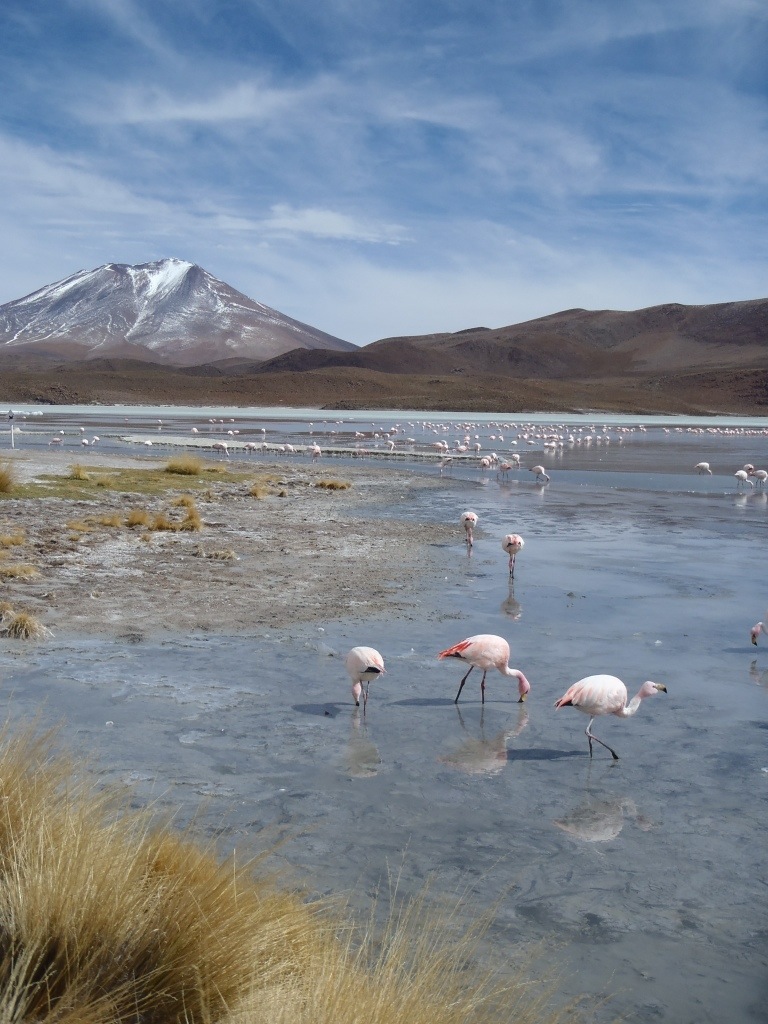 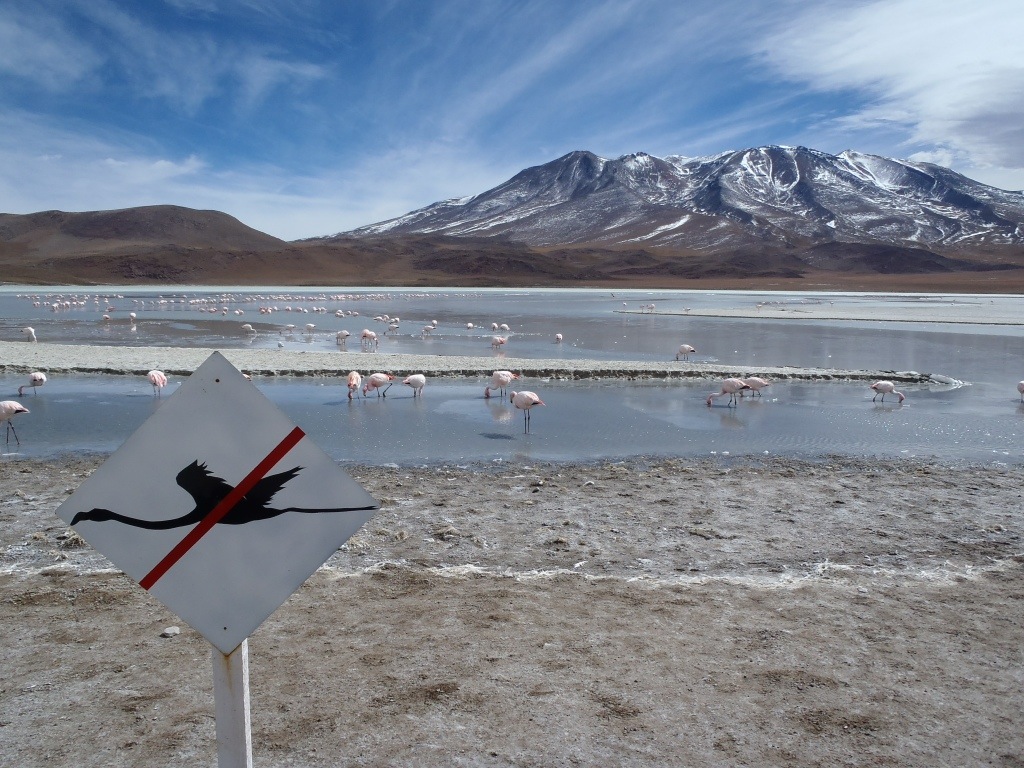 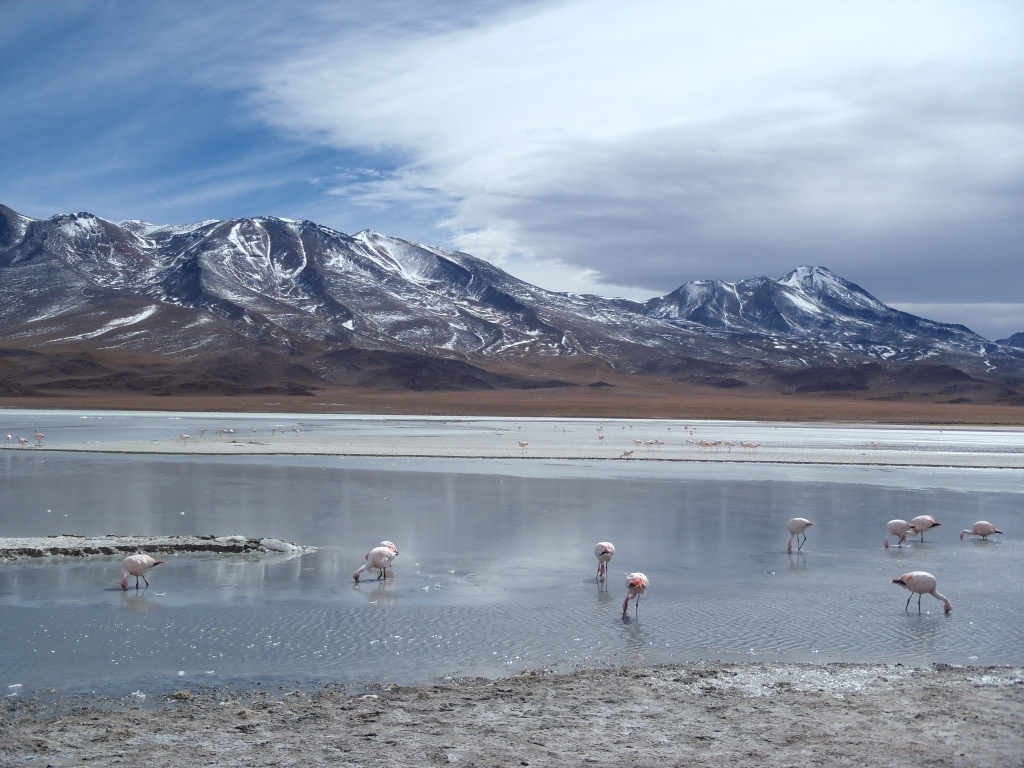 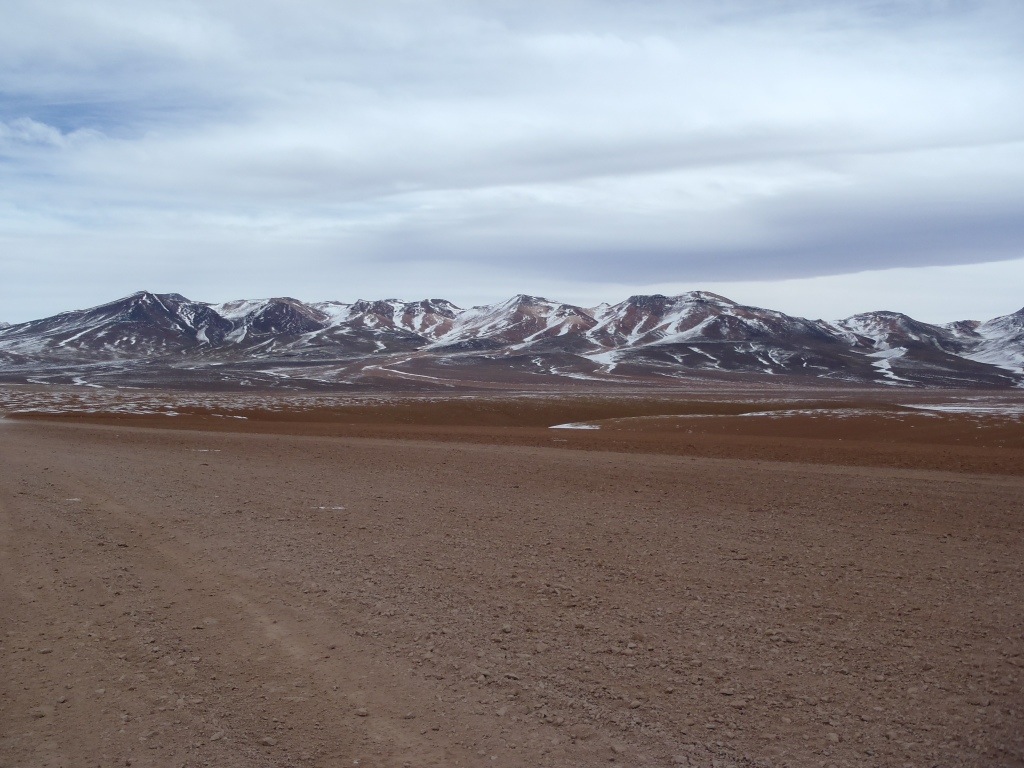 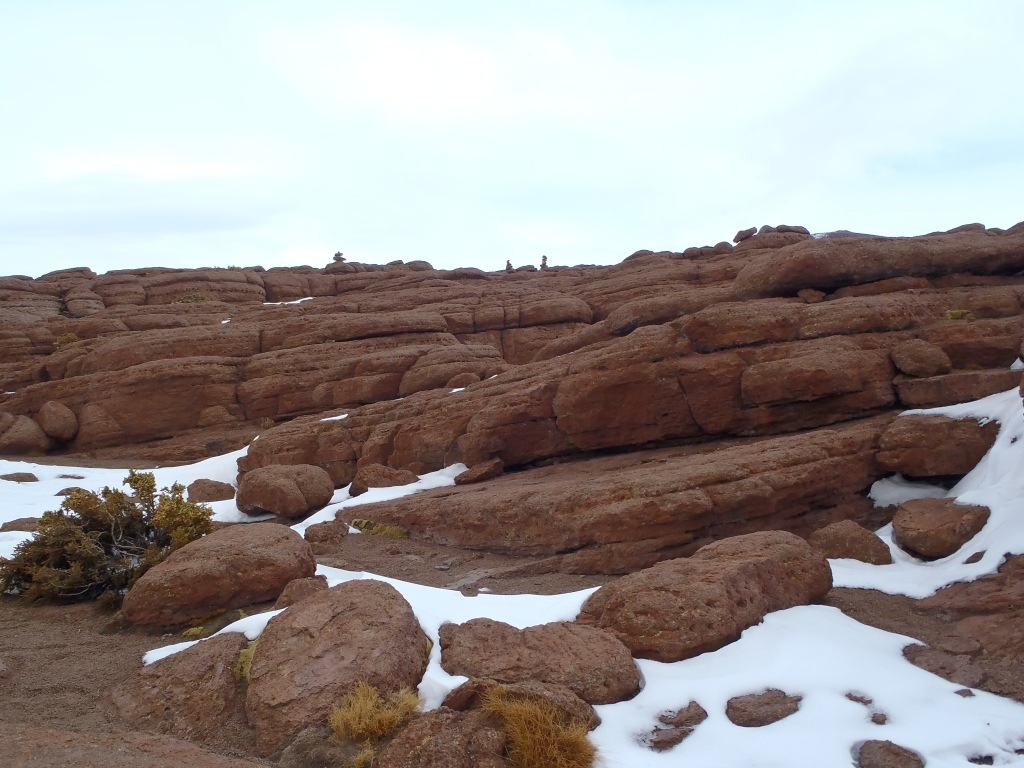 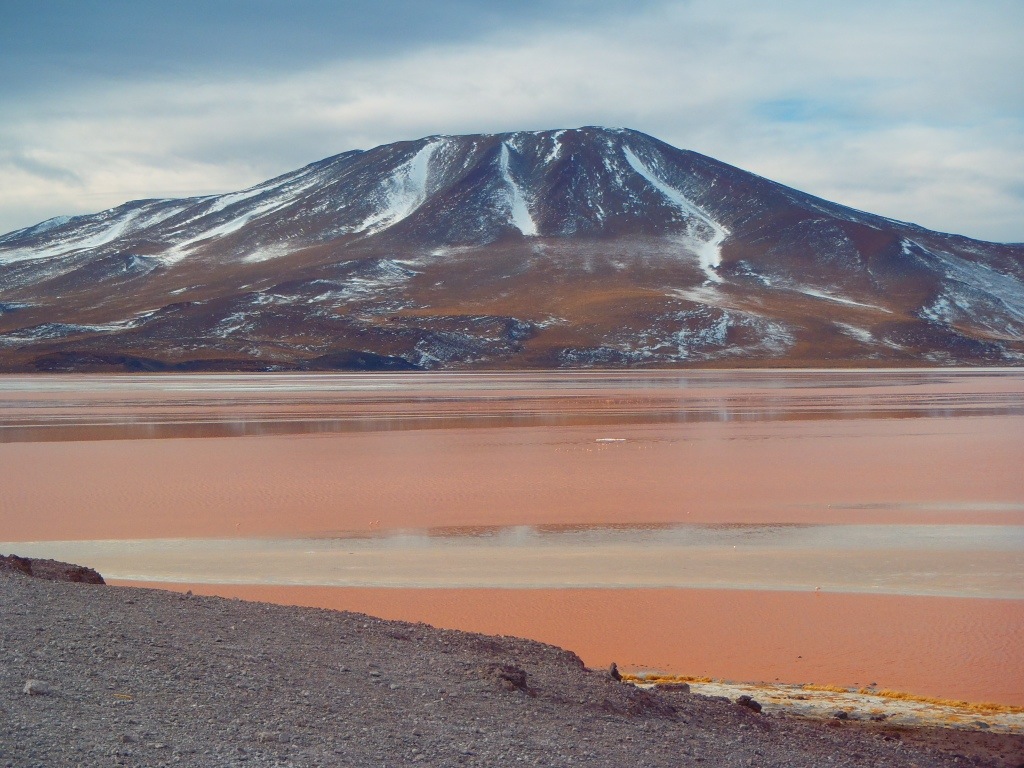 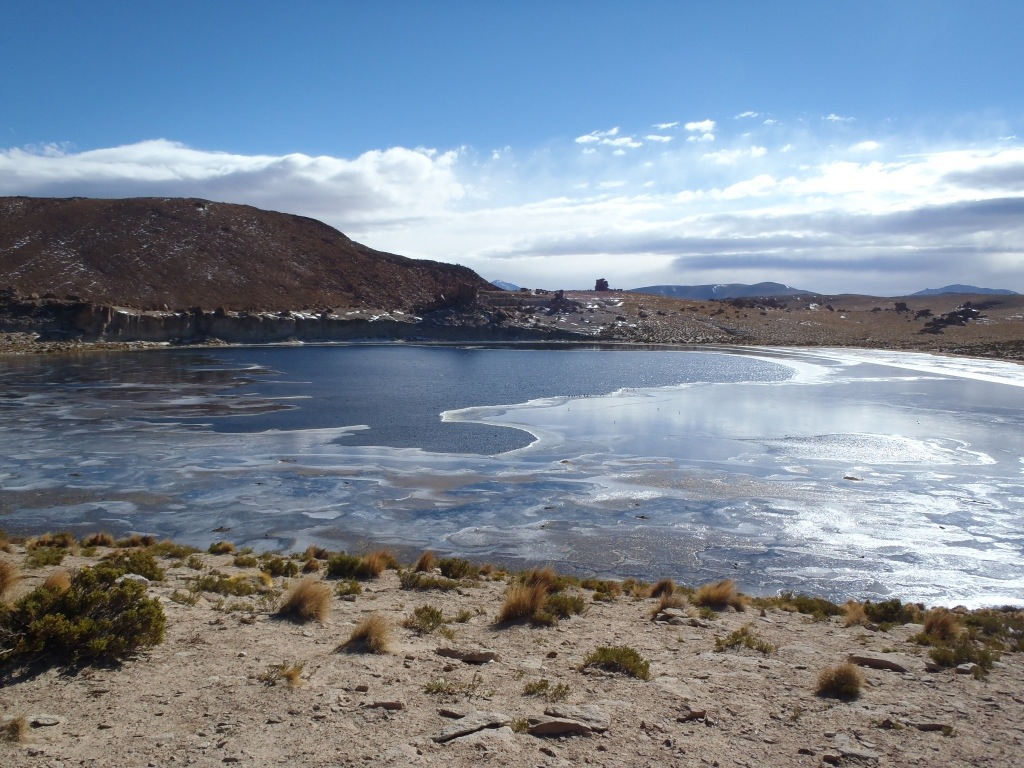 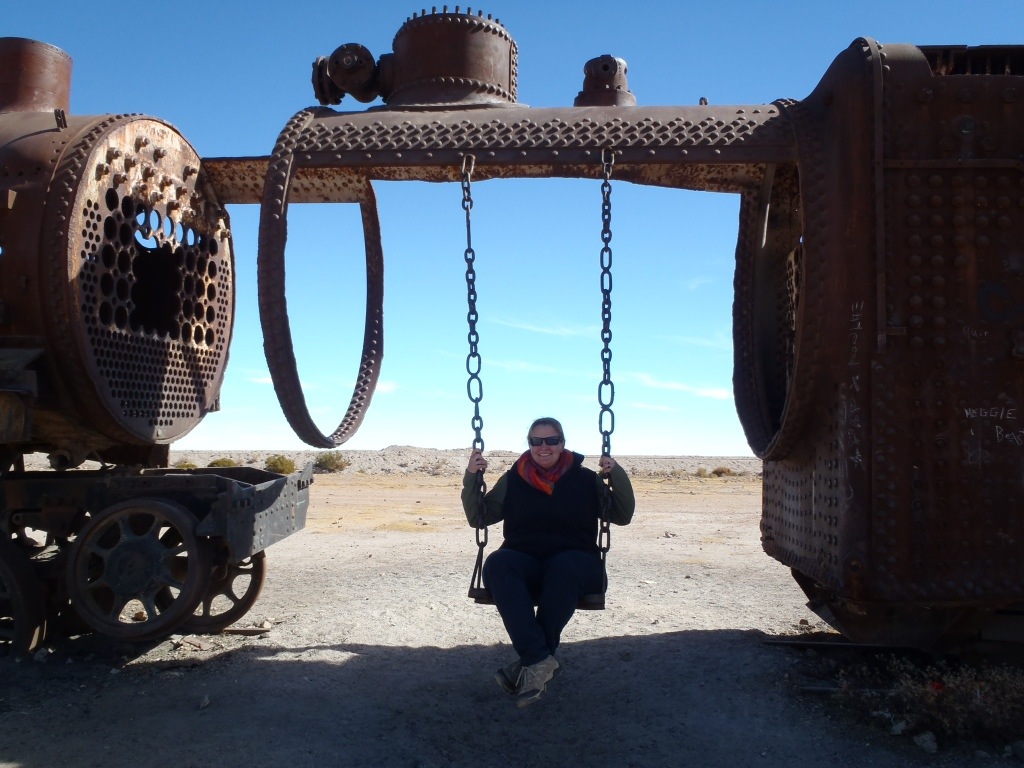 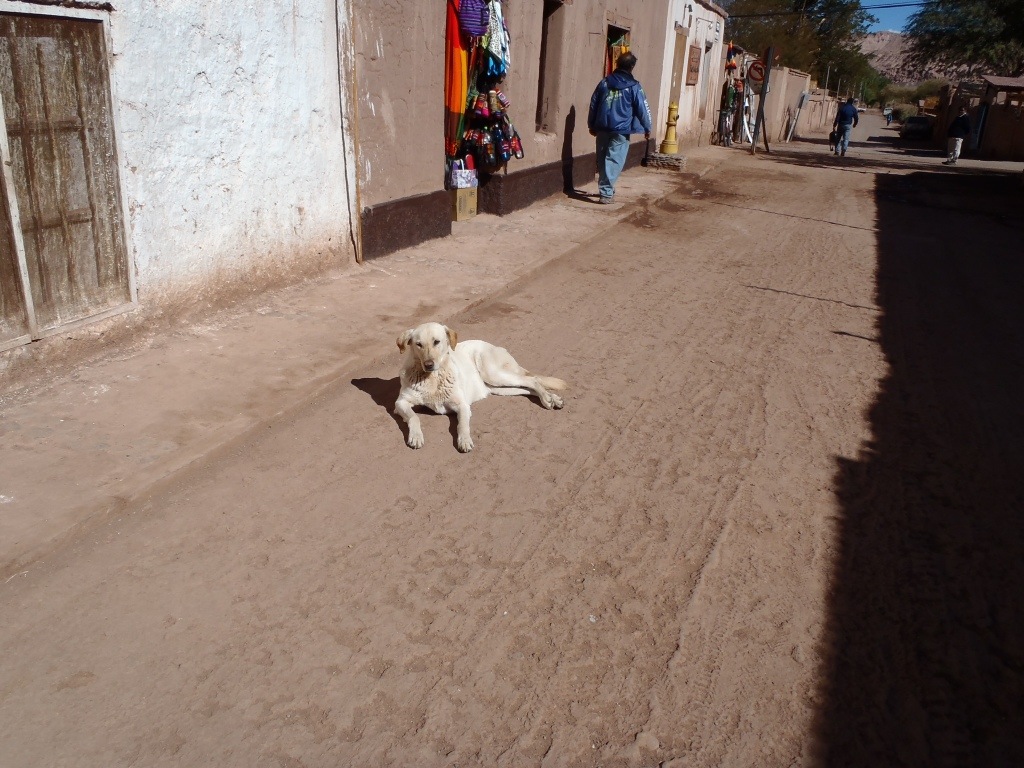 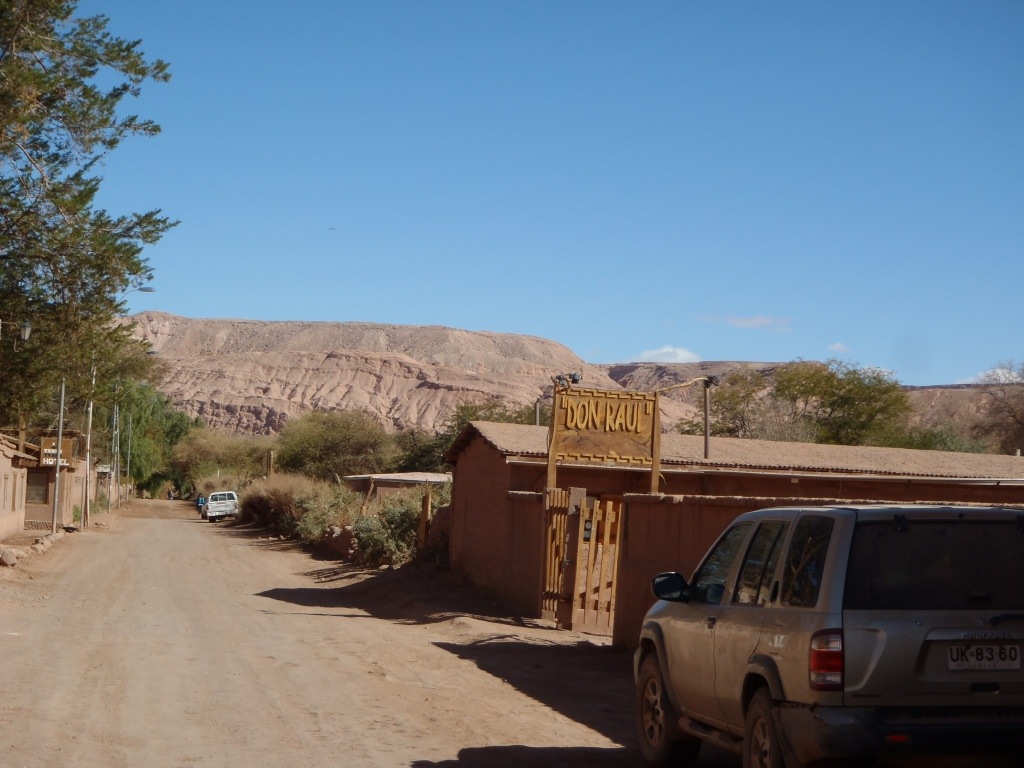 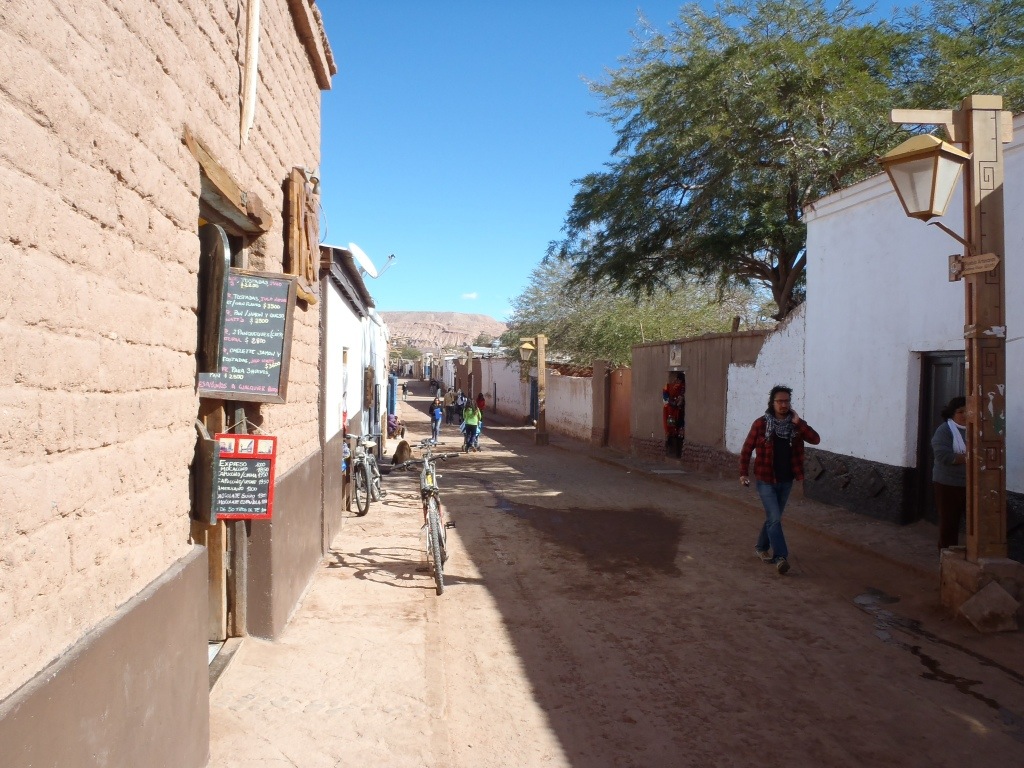 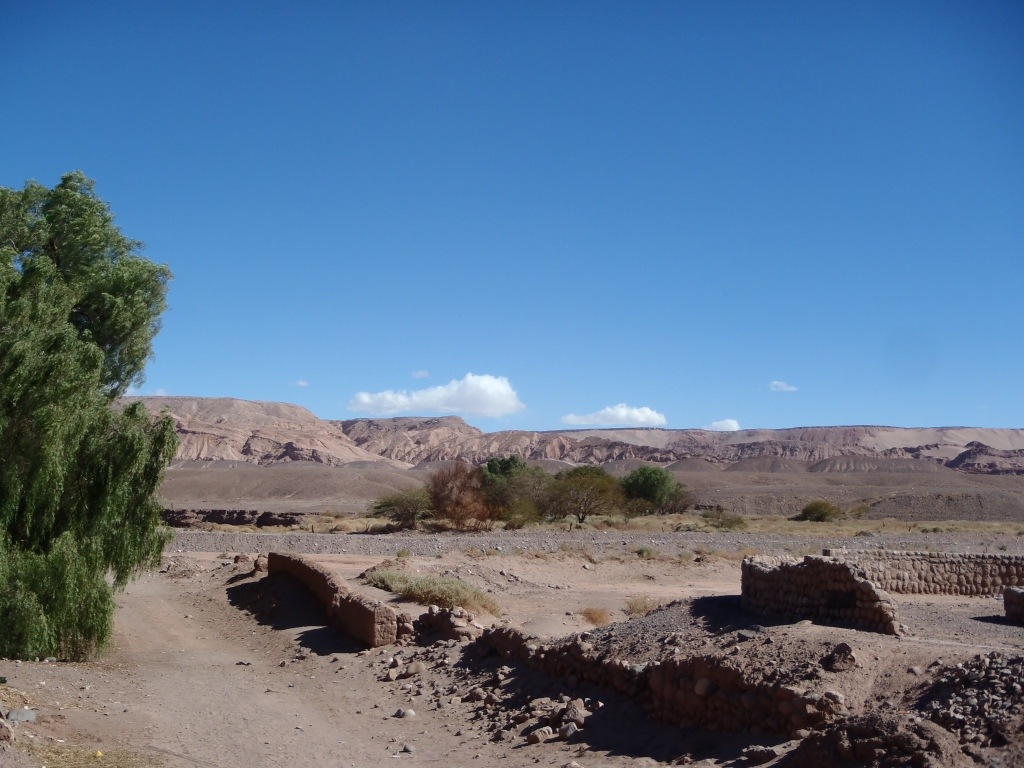